I’ve taken the challenge to read only books by women (and non cis men) for a year. Though one of my favorite authors is female (Sarah Monette and her Doctrine of Labyrinths series), most of my other favorite authors are male. David Anthony Durham, J.R.R. Tolkien and when I browse in a book store my eye wanders to the titles I’m interested in and most of them are written by men. The covers of the books written by men are typically darker, grittier, and appear more intense and riveting: exactly what I want in a novel or story collection.

But I want to take the time to read female authors. Otherwise, I become part of the culture which ignores the work of female authors as chick lit, fluff or all about emotions. Especially because I blog for Luna Station Quarterly, a spec fic journal dedicated to emerging female writers, I need to support these writers as writers and not just female writers. Ideally, women would not be marked in every profession they enter.

One of my best friends explained to me that she can’t get interested in super hero stories because the stories are nearly all written by and about men. The industry isn’t interested in telling the stories of women because women are considered a niche market. Stories are dominated by men in the movies (take a look at movie trailers for instance–most women in the trailer are taking off their clothes and rarely have any speaking lines in the trailer), books (even books written by women tend to have male main characters) and television (programs meant for both genders have male leads). We are essentially saying that women’s stories and women’s voices have no value.

And so I’ve taken the challenge to read books by women for a year. This is a simple way to show support for female authors and the stories they create. Even if you’re still in school and cannot commit to the challenge for a full year, try it for a summer. Build your summer reading list around female authors.

I’ve started off with Connie Willis’ Doomsday Book (1992) winner of the Nebula and Hugo awards. It’s a blend of both science fiction and historical fiction. The novel is comprised of parallel stories one in the future where historians are sent back in time to conduct research and the other where a female historian Kivrin is sent back to the Middle Ages. I would recommend it for its plotting and pacing though the writing is not always the strongest.

I’ll be keeping an updated list throughout the year with each new book I read. Keep a look out for future posts. Next up: Octavia Butler’s Parable of the Sower.

Who are your favorite female authors? What books can you recommend? I’m especially interested in finding female-led comic books.

Traveling about in Istanbul, I finally made it to Sulanhamet and then the Topkapi Palace. 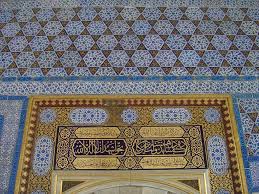 Now, while I hate to skip over a description of the Hagia Sophia and the Blue Mosque, you can find descriptions and pictures of these buildings anywhere. I need to speak not on the sightseeing experience, but one room I saw in the innermost courtyard of the Topkapi Palace: the armory.

The group I was with saw swords that were jeweled along the hilt with stones in every imaginable color. We saw curved swords, impossibly sharp daggers, sheathes that sparkled with gold inlay even under the harsh museum lights. We saw guns over four feet long and strung up behind glass. There were great-swords with hilts over a foot wide and blades at least six feet long. The artistic peak at the top of the helmets never ceased to amaze and armor made for horses lay flat on black velvet, the eye sockets blindly staring.

It was breathtaking. It was jaw dropping. It was violence done up in finery.

You forget (or you make yourself forget) that each of these weapons was a weapon. It’s purpose was never to sit in a museum to but to stain itself with blood or gun powder and always to kill. Even the ceremonial weapons were not innocent because ceremonial weapons exist to perpetuate and glorify violence and war.

I do not seek to make judgments on Turkey’s past or present. But upon exiting the museum, the people I was with began talking about their “weapon of choice” still lost in the fantasy of war heroics and the glory bestowed upon warriors. If it registered with them that these are dangerous objects, I couldn’t tell. The group was irreverent toward the history we saw but burned with desire and laughed and joked about what they could do with their weapon of choice. They chose their swords and their daggers and I had to struggle not to choose with them.

I understand the temptation to equate heroics with violence and I understand that our world showers glory upon the heroism of battle. I’m a Lord of the Rings fan, I know how breathtaking and appealing it can be to imagine yourself as the hero wielding a sword, or a bow or an ax. But this temptation is dangerous and perpetuates the myth of glorious warfare and masculinity on the battlefield.

The exhibit needed to address the wars these weapons were used in. We needed more than a small placard telling us the type of sword and the century. We needed to be turned away from our fantasies with the bloody facts of what war really is.

Museums should value history over violence. Museums should take responsibility to educate its patrons that though violence and history have gone hand in hand, this does not need to be the future and it should be no one’s fantasy.